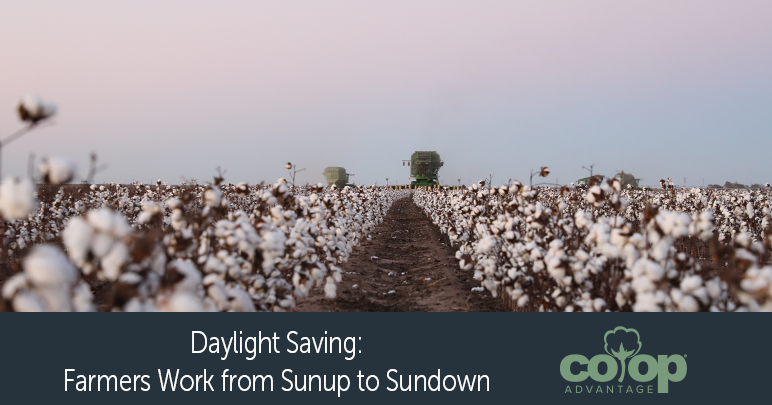 Most Americans look forward to the November weekend when daylight saving ends, and everyone gets an extra hour of sleep. Producers, however, rarely even notice daylight saving time in the fall or spring.

After all, a farmer’s job is never finished – from planting to harvest, and from sunup to sundown.

It takes a special kind of person to be a producer, and it’s a calling that draws them to the land. First-generation grower-owner David Strain is just one example. He purchased his first field near Roscoe, Texas, in 2015 after learning the ins and outs of the business from fellow grower-owner Steve Moore.

“Farming wasn’t my first choice, actually,” Strain said, “But man, it got in my blood fast. I realized I wasn’t a ‘desk guy,’ and after learning to farm and realizing my need to really work with my hands, I was truly drawn to working the land.”

Ask Strain or any other producer whether they think about that extra hour gained or lost during daylight saving, they’re most likely to say in unison, “What hour?”

Yet interestingly, many believe daylight saving was enacted to assist farmers by giving them more daylight in the spring. Not true. Germany actually popularized DST after it first set the clocks forward on April 30, 1916 to save coal during World War I. Daylight saving time became a national standard in 1966 when President Lyndon B. Johnson signed the Uniform Time Act, which was established as a way to continue to conserve energy. The thinking was if it’s light out longer, the less time lights will be needed in homes.

As for the American farmer, there is no clock system. It’s season systems – from planting to harvest to market. Every day, it starts well before sunup and every night, it ends well after sundown.

“And I wouldn’t have it any other way,” said producer Lacy Vardeman. “We are so blessed to work in agriculture.”

The dedication of farmers to their fields is unique to the American spirit and the founding fathers who first plowed so many paths – both literally and figuratively – for us all.

To the dedication of all producers who continue to plow fields for our future, we thank you. Your commitment to farming, family and community impacts our entire nation and beyond.

You are The Co-op Advantage®️. 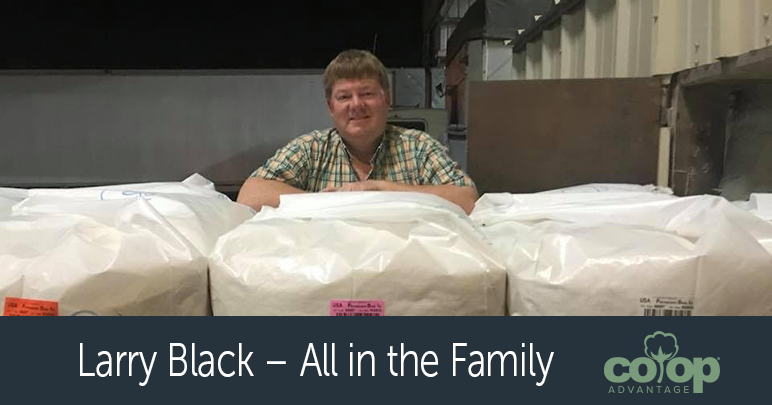 Larry Black: All in The Family

Larry Black: All in The Family