Farmers Cooperative Compress: Then and Now 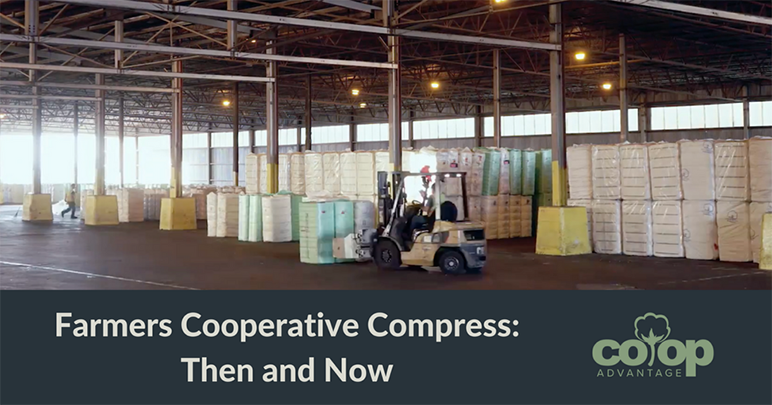 With its 2016 dividend payout, Farmers Cooperative Compress (FCC) last August celebrated the unprecedented milestone of having distributed $1 billion in dividend payouts to its grower-owners.

The continued success of FCC is a direct correlation to the hard work performed by grower-owners. FCC President and CEO Ron Harkey echoed that sentiment by saying the cash return on producers’ investment helps ensure the viability of farms across West Texas and shows the strength of U.S. cotton in both the domestic and global markets.

No doubt last year’s milestone by FCC is a testament to real ownership and the focus of every blog that is: The Co-op Advantage®.

So that was then. Just one year later, where is FCC now?

Volume-driven and feeling their stride, FCC yet again – in dividends and fees paid to gins – added a whopping $51.2 million to grower-owner earnings as of this year’s fiscal year-end. Proof that cooperatives always are working toward every grower-owner’s bottom line.

While this year garnered the fourth-largest crop in recent history, FCC is still optimistic annual dividend payouts will remain strong overall. After all, that’s The Co-op Advantage. Working through both the good times and the bad.

FCC is proof of steadfast strength through both.

Established in 1948, FCC has more than 9,300 grower-owners and is the largest cotton warehousing entity in the world. With 228 warehouses providing more than 12 million square feet of space, FCC has a USDA licensed capacity of more than 2.2 million bales. FCC’s main charge is the responsible storing and shipping of cotton worldwide. Profitable every year since its inception, FCC is headquartered in Lubbock and owns warehouse facilities in Lubbock, Plainview, Levelland, Floydada, Sudan and Stanton.

There are 45 cooperative gins that deliver cotton to FCC facilities. FCC warehouses and delivers about 35 percent of the cotton ginned in Texas, which accounts for roughly 17 percent of the U.S. crop. Founded 69 years ago by producers who had a vision they could accomplish more collectively than individually, FCC was established as a way to successfully and affordably house cotton domestically and distribute it globally from West Texas.

We look forward to sharing more stories about our regional sponsors in future blogs.

Each of them represent The Co-op Advantage®. 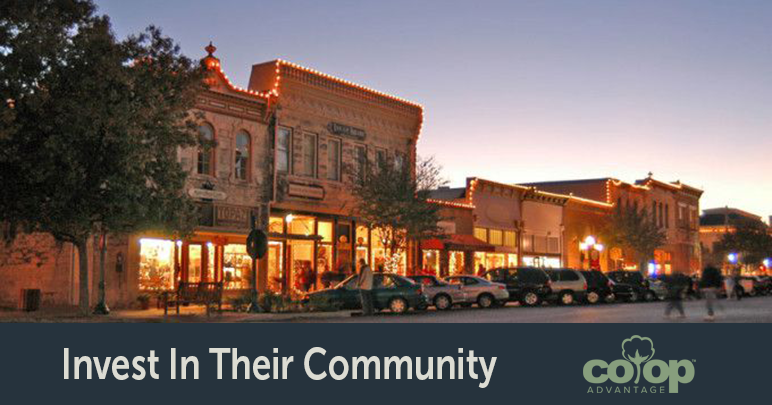 Invest In Their Community

Invest In Their Community