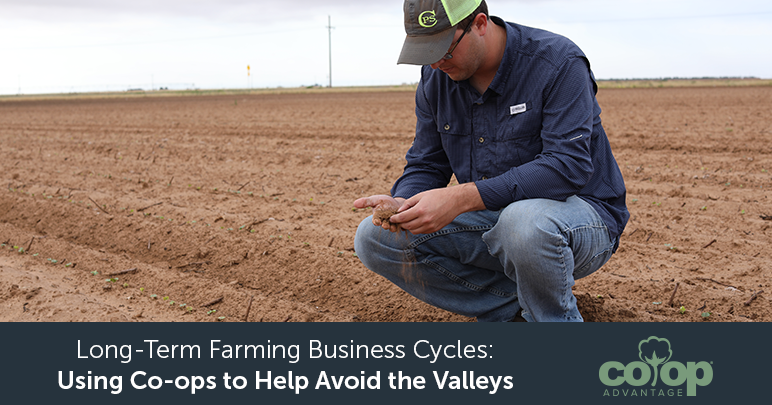 As every producer knows, each year is an ebb or flow in the agricultural industry. No matter the dedication, commitment and work ethic of everyone along the supply chain, both the good and bad times are a result of Mother Nature – completely out of human control.

Producers invest their lives, their families and their careers each year to their passion. Grower-owners also know the benefits of long-term investment in true co-ops to help avoid the valleys during down seasons.

After all, true co-ops are always working for you – in both good and bad times.

“Co-ops help ensure the future of cotton by helping producers’ longevity,” said West Texas farmer Travis McCallister. “If you’re just a little farmer out here … we don’t have a lot of say, but when you string hundreds and thousands of people together, we have a bigger voice across the farming industry.”

Producer Ray Gober echoed McCallister’s comments about power in numbers, adding that it’s important to see how co-ops work with communities and everybody helps everybody.

“It (being part of a co-op) is a good community deal … and if there’s hard luck, we pitch in and help. It’s just a good way of life.”

Grower-owners across the region agree being part of The Co-op Advantage®️ is an investment in their future.

“It is a retirement plan,” said West Texas producer Tony Streety. “You’re putting money in, but it’s coming back to you. It’s not just a one-year deal. I may have a good year this year and a bad year the next year. The good year is going to carry over and I will get a check the next year. Even after that. As long as that crop is making money, I’m going to keep getting money.”

Grower-owners across the board understand and encourage producers to join local co-ops and remind fellow grower-owners the benefits they have as members of true co-ops. After all, the co-op model was developed by farmers, for farmers to have real ownership, transparency and control.

While recent years may be some of the ebbs in farming business cycles, one thing is sure: The Co-op Advantage is working for you, to maintain sustainability, thus preserving the legacy of family farms, local businesses and rural communities. 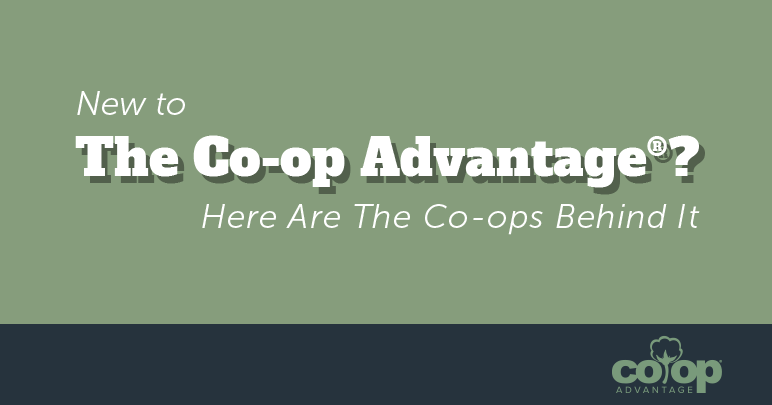 New To The Co-op Advantage? Here Are The Co-ops Behind It

New To The Co-op Advantage? Here Are The Co-ops Behind It